Championship games set forth a stage for any player on the field to step into the spotlight and seize the moment to bring glory to their team.

Well, there’s seizing the moment, and then there’s what Lancaster senior Cody Phillips did on Friday night.

Phillips put up a staggering 209 rushing yards on 30 carries and four touchdowns to lift the Legends to a 28-21 win over rival Orchard Park to secure them their fifth straight Section VI Class AA championship on their home field. It was Phillips’ first career game with four touchdowns, and it could not have come at a better time.

Phillips’ appreciation for his offensive line was no doubt warranted considering the circumstances surrounding his four scores.

It was the Quakers who got on the board first after an impressive opening drive, as sophomore quarterback Ben Gocella connected with fellow sophomore Dylan Evans on a 14-yard touchdown strike four minutes into the game.

After an Alex Crescente interception of Lancaster quarterback Jason Mansell gave Orchard Park the ball back, a stop from the Legends defense gifted their offense a short field and Phillips notched his first score of the game, an 8-yard dash to make it 7-7 after one quarter. The score would stay knotted at halftime,

14-14, thanks to Phillips’ second score from four yards out and a goal line punch-in from the Quakers’ Thomas Sullivan.

It was the third quarter, however, that wound up being the decider for the Legends.

“It’s a game of adjustments, I give credit to my defensive staff,” Lancaster coach Eric Rupp said. “Offensively we were out of our element a little bit early, our passing game really wasn’t clicking, but we put it on the offensive line and our four tight ends and Cody Phillips. They brought us a championship.”
Phillips scored his two biggest touchdowns of the night in the third frame, first a 29-yard rush to give the Legends a 21-14 lead, and then the eventual game-winning score on a 57-yard sprint with 6:39 to play in the quarter, both of which came thanks to big holes formed by his beloved offensive line.

After the third, Lancaster held a 28-14 advantage.

While the Legends were in control, the momentum shifted when the Quakers marched down the field and cut their deficit to one score, 28-21, as Gocella and Evans connected again for a 15-yard touchdown. A three-and-out from the Lancaster offense gave Orchard Park the chance to tie things up, but the Legends defense held and forced a critical stop.

“I think early on, they were rolling [Gocella], he had all the time in the world and he made a lot of big plays,” Rupp said. “I think our conditioning, it showed in the second half for sure.”

Gocella, who finished the night an impressive 21-of-30 for over 200 yards and two touchdowns, nearly connected on a deep ball intended for receiver Aidan Dempsey to tie the game with around nine minutes to go, but it was just deflected out of the senior’s hands in the endzone.

“It stinks tonight, but it was a great season,” Orchard Park coach Craig Dana said. “It was a close game the whole time … I’m real proud of our guys. To play seven games and go 6-1 and play the season we played, I’m real proud.”

Lancaster finished off the game with a clutch time-killing drive to trickle down the final 8:32 and crown themselves champions.

“I brought us in together and said, ‘look boys, … if they don’t get the ball back, they can’t win the game,’” Mansell said. “From that point on, we just drove down and they really couldn’t do anything. I’m telling you, it’s all about preparation … we call this payday. It was payday, and we got paid.”

With this being their fifth title in a row Section VI title, the Legends will have a chance to go for their sixth straight next season. The sectional record for consecutive championships is six, set by Sweet Home from 2007-2012, meaning the Legends could have a date with history in a few months after this short offseason.

It’s a prize they surely will have their eyes set on.

All Pics Courtesy of Dave DeLuca 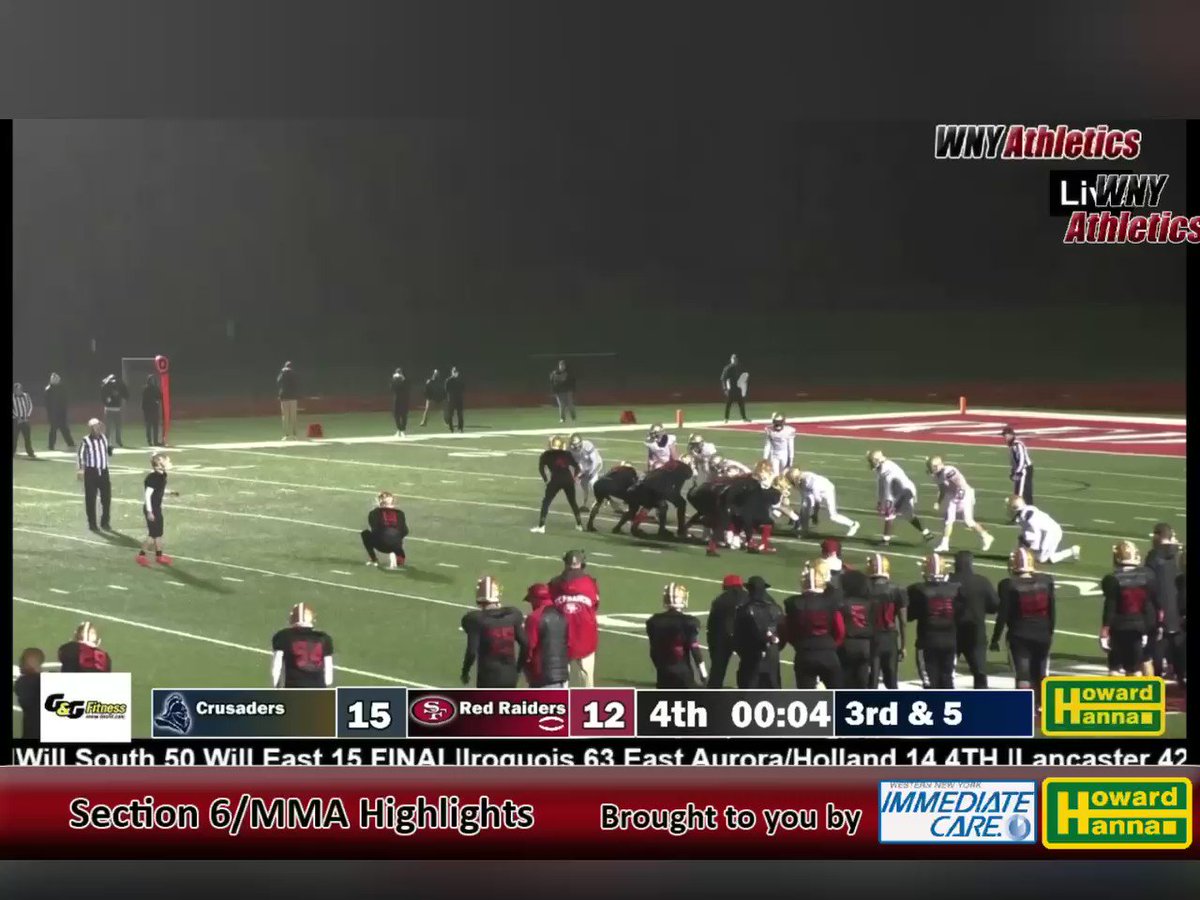